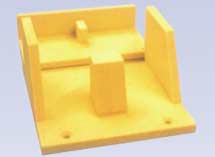 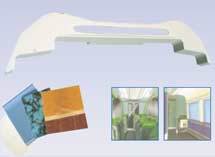 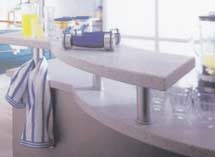 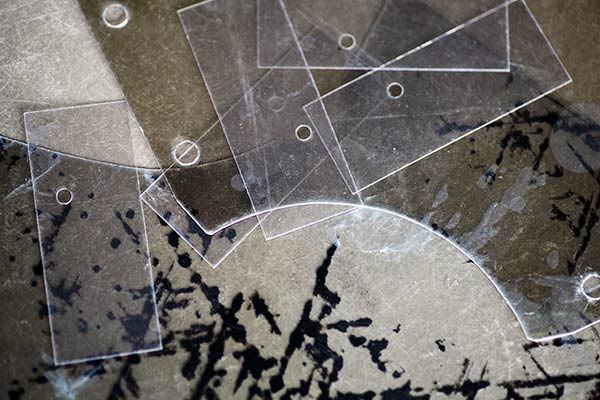 Mica is widely distributed and occurs in igneous, metamorphic and sedimentary regimes. Large crystals of mica used for various applications are typically mined from granitic pegmatites.

Until the 19th century, large crystals of mica were quite rare and expensive as a result of the limited supply in Eu- rope. However, their price dramatically dropped when large reserves were found and mined in Africa and South America during the early 19th century. The largest doc- umented single crystal of mica (phlogopite) was found in Lacey mine, Ontario, Canada; it measured 10×4.3×4.3 m and weighed about 330 tonnes.[7] Similar-sized crys- tals were also found in Karelia, Russia.[8]

The British Geological Survey reported that as of 2005, Koderma district in Jharkhand state in India had the largest deposits of mica in the world. China was the top producer of mica with almost a third of the global share, closely followed by the US, South Korea and Canada. Large deposits of sheet mica were mined in New Eng- land from the 19th century to the 1970s. Large mines existed in Connecticut, New Hampshire, and Maine.

Scrap and flake mica is produced all over the world. In 2010, the major producers were Russia (100,000 tonnes), Finland (68,000 t), United States (53,000 t), South Ko- rea (50,000 t), France (20,000 t) and Canada (15,000 t). The total production was 350,000 t, although no reliable data were available for China. Most sheet mica was pro- duced in India (3,500 t) and Russia (1,500 t).[9] Flake mica comes from several sources: the metamorphic rock called schist as a byproduct of processing feldspar and kaolin resources, from placer deposits, and from peg- matites. Sheet mica is considerably less abundant than flake and scrap mica, and is occasionally recovered from mining scrap and flake mica. The most important sources of sheet mica are pegmatite deposits. Sheet mica prices vary with grade and can range from less than $1 per kilo- gram for low-quality mica to more than $2,000 per kilo- gram for the highest quality.

The mica group represents 37 phyllosilicate minerals that have a layered or platy texture. The commercially important micas are muscovite and phlogopite, which are used in a variety of applications. Mica's value is based on several of its unique physical properties. The crystalline structure of mica forms layers that can be split or delaminated into thin sheets usually causing foliation in rocks. These sheets are chemically inert, dielectric, elastic, flexible, hydrophilic, insulating, lightweight, platy, reflective, refractive, resilient, and range in opacity from transparent to opaque. Mica is stable when exposed to electricity, light, moisture, and extreme temperatures. It has superior electrical properties as an insulator and as a dielectric, and can support an electrostatic field while dissipating mini- mal energy in the form of heat; it can be split very thin (0.025 to 0.125 millimeters or thinner) while maintaining its electrical properties, has a high dielectric breakdown, is thermally stable to 500 °C (932 °F), and is resistant to corona discharge. Muscovite, the principal mica used by the electrical industry, is used in capacitors that are ideal for high frequency and radio frequency. Phlogopite mica remains stable at higher temperatures (to 900 °C (1,650 °F)) and is used in applications in which a combination of high-heat stability and electrical properties is required. Muscovite and phlogopite are used in sheet and ground forms.

Heater plate is used where high-temperature insulation is required. Molding plate is sheet mica from which
V-rings are cut and stamped for use in insulating the copper segments from the steel shaft ends of a commutator. Molding plate is also fabricated into tubes and rings for insulation in armatures, motor starters, and transformers. Segment plate acts as insulation between the copper commutator segments of direct-current universal motors and generators. Phlogopite built-up mica is preferred because it wears at the same rate as the copper segments.

Although muscovite has a greater resistance to wear, it causes uneven ridges that may interfere with the operation of a motor or generator.

Some types of built-up mica have the bonded splittings reinforced with cloth, glass, linen, muslin, plastic, silk, or special paper. These products are very flexible and are produced in 3.3 Sheet mica wide, continuous sheets that are either shipped, rolled, or cut into ribbons or tapes, or trimmed to specified dimensions. Built-up mica products may also be corrugated or reinforced by multiple layering.

Sheet mica is used in electrical components, electron- ics, isinglass, and atomic force microscopy. Other uses include diaphragms for oxygen-breathing equipment, marker dials for navigation compasses, optical filters, pyrometers, thermal regulators, stove and kerosene heater windows, radiation aperture covers for microwave ovens, and micathermic heater elements. Mica is birefringent and is therefore commonly used to make quarter and half wave plates. Specialized applications for sheet mica are found in aerospace components in air-, ground-, and sea- launched missile systems, laser devices, medical electron- ics and radar systems. Mica is mechanically stable in micrometer-thin sheets which are relatively transparent to radiation (such as alpha particles) while being impervious to most gases. It is therefore used as a window on radiation detectors such as Geiger-Müller tubes.

Sheet mica is used principally in the electronic and electrical industries. Its usefulness in these applications is derived from its unique electrical and thermal insulating properties and its mechanical properties, which allow it to be cut, punched, stamped, and machined to close tolerances. Specifically, mica is unusual in that it is a good electrical insulator at the same time as being a good thermal conductor. The leading use of block mica is as an electrical insulator in electronic equipment. High- quality block mica is processed to line the gauge glasses of high-pressure steam boilers because of its flexibility, transparency, and resistance to heat and chemical attack. Only high-quality muscovite film mica, which is variously called India ruby mica or ruby muscovite mica, is used as a dielectric in capacitors. The highest quality mica film is used to manufacture capacitors for calibration standards. The next lower grade is used in transmitting capacitors. Receiving capacitors use a slightly lower grade of high- quality muscovite.

Mica sheets are used to provide structure for heating wire (such as in Kanthal or Nichrome) in heating elements and can withstand up to 900 °C (1,650 °F).

Some lightweight aggregates, such as diatomite, perlite, and vermiculite, may be substituted for ground mica when used as filler. Ground synthetic fluorophlogopite, a fluorine-rich mica, may replace natural ground mica for uses that require thermal and electrical properties of mica. Many materials can be substituted for mica in numerous electrical, electronic, and insulation uses. Substitutes include acrylate polymers, cellulose acetate, fiberglass, fishpaper, nylon, phenolics, polycarbonate, polyester, styrene, vinyl-PVC, and vulcanized fiber. Mica paper made from scrap mica can be substituted for sheet mica in electrical and insulation applications.